BENTONVILLE, Ark. & WILMINGTON, Mass.–(BUSINESS WIRE)–Symbotic LLC, a revolutionary A.I.-powered supply chain technology company, and Walmart Inc. announced an expanded commercial agreement to implement Symbotic’s robotics and software automation platform in all 42 of Walmart’s regional distribution centers over the coming years. This is an expansion of Walmart’s prior commitment to deploy Symbotic Systems in 25 regional distribution centers.

The end-to-end software-enabled high-density robotics platform plays a strategic role in supporting the retailer’s goal of modernizing its vast supply chain network and allows Walmart to transform its regional distribution centers to provide faster responsiveness to store orders, increased inventory accuracy and higher capacity for receiving and shipping freight to stores. The technology’s ability to build palletized loads of department-sorted inventory ultimately enables Walmart to get products onto shelves at its more than 4,700 stores more quickly, while also making one of the toughest aspects of supply chain work – material handling – safer and simpler. It also creates new, tech-enabled jobs, such as cell operator and maintenance technician, that offer widely applicable skills in robotics and technology.

“The expanded partnership with Walmart substantiates how our technology is truly reinventing the traditional warehouse and distribution of consumer goods across the supply chain,” said Rick Cohen, Chairman, President and Chief Product Officer of Symbotic. “As a technology platform with deep roots in warehousing and distribution – our system addresses some of the biggest challenges of today’s complex supply chain, such as inventory agility, transportation cost and labor availability. Modernizing the warehouse allows consumers to get what they need faster and creates benefits for everyone including workers, customers and their local communities.”

“The need for accuracy and speed in the supply chain has never been more visible, and we’re confident that now is the time to move even faster by scaling Symbotic’s technology to our entire regional distribution center network,” said David Guggina, Senior Vice President of Innovation and Automation, Walmart U.S. “Using high-speed robotics and intelligent software to organize and optimize inventory, the Symbotic System helps us get products to our customers quickly and seamlessly by revolutionizing how we receive and distribute products to stores.”

The Symbotic System is a first-of-a-kind automation technology platform with a wide range of business use cases. The company reinvented the traditional warehouse with an end-to-end system powered by a fleet of fully autonomous robots and A.I.-powered software. Combined with a unique high-density physical structure the system improves efficiency, accuracy and agility while reducing costs. Intelligent Symbotic software orchestrates a team of robots to receive, store and retrieve a virtually limitless number of SKUs. Using proprietary end-of-arm tools and vision systems to output cases, totes and packages at industry-leading speeds.

For more information about the partnership, please refer to this article from Walmart: Chain Reaction: We’re Partnering with Symbotic to Bring High-Tech Automation to Our Supply Chain.

Symbotic has previously announced its entry into a business combination agreement with SVF Investment Corp. 3 (NASDAQ: SVFC), a special purpose acquisition company (SPAC), that is expected to make Symbotic a public company listed on Nasdaq. In connection with the proposed business combination, SVF filed a registration statement on Form S-4 with the SEC (File No. 333-262529) (as amended, the “Registration Statement”), which was declared effective by the SEC on May 9, 2022, and also filed a final proxy statement and prospectus of SVF on May 9, 2022 (the “Final Proxy Statement/Prospectus”).

Symbotic is an automation technology leader reimagining the supply chain with its end-to-end, AI-powered robotic and software platform. Symbotic reinvents the warehouse as a strategic asset for the world’s largest retail, wholesale, and food & beverage companies. Applying next-gen technology, high-density storage and machine learning to solve today’s complex distribution challenges, Symbotic enables companies to move goods with unmatched speed, agility, accuracy and efficiency. As the backbone of commerce Symbotic transforms the flow of goods and the economics of the supply chain for its customers. For more information, visit www.symbotic.com.

Walmart Inc. (NYSE: WMT) helps people around the world save money and live better – anytime and anywhere – in retail stores, online, and through their mobile devices. Each week, approximately 220 million customers and members visit approximately 10,500 stores and clubs under 48 banners in 24 countries and eCommerce websites. With fiscal year 2021 revenue of $559 billion, Walmart employs 2.2 million associates worldwide. Walmart continues to be a leader in sustainability, corporate philanthropy and employment opportunity. Additional information about Walmart can be found by visiting https://corporate.walmart.com, on Facebook at https://facebook.com/walmart and on Twitter at https://twitter.com/walmart.

In addition to factors previously disclosed in SVF’s Annual Report on Form 10-K filed with the SEC on March 23, 2022, in the Registration Statement in the Final Proxy Statement/Prospectus and those identified elsewhere in this press release, the following factors, among others, could cause actual results to differ materially from forward-looking statements or historical performance: ability to meet the closing conditions to a business combination between SVF and Symbotic (the “Business Combination”) pursuant to that certain Agreement and Plan of Merger, dated December 12, 2021 (the “Merger Agreement”), by and among SVF, Warehouse Technologies LLC, Symbotic Holdings LLC and Saturn Acquisition (DE) Corp., including approval by shareholders of SVF and unitholders of Symbotic on the expected terms and schedule; delay in closing the Business Combination; failure to realize the benefits expected from the proposed transaction; the effects of pending and future legislation; risks related to disruption of management time from ongoing business operations due to the proposed transaction; business disruption following the transaction; risks related to the impact of the COVID-19 pandemic on the financial condition and results of operations of SVF and Symbotic; the occurrence of any event, change or other circumstance that could give rise to the termination of the Merger Agreement or the termination of any of certain subscription agreements entered into by SVF with certain parties in connection with the Merger Agreement; the amount of redemption requests made by SVF’s shareholders; the effect of the announcement or pendency of the transaction on Symbotic’s business relationships, performance, and business generally; the ability to meet NASDAQ listing standards following the consummation of the Business Combination; the amount of the costs, fees, expenses and other charges related to the transaction; the ability of SVF to issue equity securities in connection with the transaction; and other consequences associated with mergers, acquisitions and divestitures and legislative and regulatory actions and reforms.

This communication is not intended to be all-inclusive or to contain all the information that a person may desire in considering an investment in SVF and is not intended to form the basis of an investment decision in SVF. All subsequent written and oral forward-looking statements concerning SVF and Symbotic, the proposed transaction or other matters and attributable to SVF and Symbotic or any person acting on their behalf are expressly qualified in their entirety by the cautionary statements above.

Important Additional Information and Where To Find It

This communication is being made in respect of the proposed Business Combination involving SVF and Symbotic.

In connection with the proposed Business Combination, the Registration Statement, has been declared effective by the SEC and SVF filed the Final Proxy Statement/Prospectus on May 9, 2022. The Final Proxy Statement/Prospectus has been sent to the shareholders of SVF and unitholders of Symbotic, as of the respective record dates for voting, seeking any required shareholder or unitholder approval. Before making any voting or investment decision, investors and security holders of SVF and Symbotic are urged to carefully read the entire Registration Statement and Final Proxy Statement/Prospectus and any other relevant documents filed with the SEC, as well as any amendments or supplements to these documents, because they will contain important information about the proposed transaction. The documents filed by SVF with the SEC may be obtained free of charge at the SEC’s website at www.sec.gov. In addition, the documents filed by SVF may be obtained free of charge from SVF at https://www.svfinvestmentcorp.com/svfc/. Alternatively, these documents can be obtained free of charge from SVF upon written request to SVF INVESTMENT CORP. 3, 1 Circle Star Way, San Carlos, California 94070, United States Attn: Secretary, or by calling 650-562-8100.

Participants in the Solicitation

SVF, Symbotic and certain of their respective directors and executive officers may be deemed to be participants in the solicitation of proxies from the shareholders of SVF, in favor of the approval of the Business Combination. Additional information regarding the interests of those participants, the directors and executive officers of Symbotic and other persons who may be deemed participants in the transaction may be obtained by reading the Registration Statement and the Final Proxy Statement/Prospectus and any other relevant documents filed with the SEC when they become available. Free copies of these documents may be obtained as described in the preceding paragraph.

Sat Jun 11 , 2022
Table of Contents1 Boosting diversity in federal hiring2 Agencies collaborate to recruit feds Many agencies benefit from recruiting more early-career workers to both address the challenge of a growing retirement-eligible population, as well as find new ways to solve problems. With a different perspective, early-career workers become even more important […] 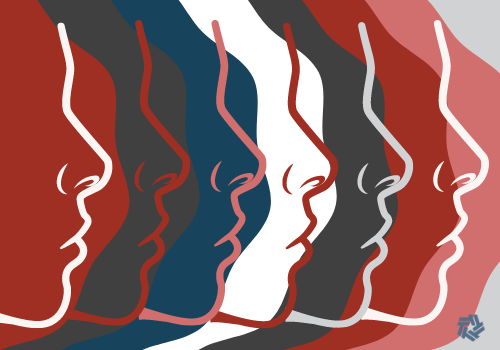