Philippe Krakowsky in January became CEO of IPG, the fourth-biggest ad holding company with agencies like McCann, MullenLowe, and Deutsch.

While Krakowsky may not have seemed like the obvious choice for the job, not having the financial or consulting chops typical to that type of position, sources described him as the quintessential advertising insider who’s long been active in new-business pitches, acquisitions, and PR crises.

As a 20-year vet of IPG, Krakowsky has close relationships with many of its executives across agencies. Executives told Insider that he often acts as a mentor and problem solver for agency leaders and that they feel they can call or text him at any time and get an immediate response.

Insider identified 16 leaders in his inner circle, listed in alphabetical order, who hold the most sway over company decisions, lead the biggest divisions, and advise the CEO. It’s compiled based on conversations with current IPG executives and employees and public information. IPG declined to comment.

Under her leadership as US CEO, the agency has grown over the past few years, winning new business last year from clients such as Gilead, Liberty Mutual, Nintendo, and T-Mobile. When she was promoted, Krakowsky said Armstrong helped Initiative become one of the top media agencies for global new business growth at IPG.

Armstrong has been with IPG for 20 years, first at creative ad agency FCB and then serving in executive roles at various of its other media agencies. Before Initiative, she was president at one such agency, BPN, which manages over $1 billion in annual billings across 200 clients worldwide.

As general counsel, Andrew Bonzani holds one of IPG’s most important positions.

He serves as the main attorney and source for legal advice for the holding company and all of its business decisions, reporting directly to Krakowsky.

Bonzani spent 18 years at IBM before joining IPG in 2012. Earlier, he was an associate at New York-based law firm Willkie Farr & Gallagher before moving in-house.

Kristen Cavallo took over IPG’s The Martin Agency — known for 27 years of iconic Geico commercials — in 2017, with a mandate was that included helping the agency get back on its feet after a #MeToo scandal.

Under Cavallo, the agency has diversified its staff; now, half of its leaders are women and a quarter are people of color. The Martin Agency won several new accounts including Old Navy and Twisted Tea and achieved double-digit revenue growth in 2020 despite the pandemic, Adweek reported in naming it its US Agency of the Year.

She’s been with IPG since the 1990s, spending 13 years with The Martin Agency before moving over to MullenLowe US as president, then chief strategy and growth officer. She still reports to Mullenlowe Group CEO Alex Leikikh. Execs foresee a larger global role for her at MullenLowe or IPG some day.

Susan Credle is a well-regarded creative ad leader at IPG who’s behind iconic campaigns such as M&M’s “Human” and Allstate’s “Mayhem” and sets the creative standards for the FCB network, whose clients include Coca-Cola and Clorox.

Krakowsky often consults Credle for her advertising expertise and has called FCB among the top five most-awarded agencies in the industry in 2020.

Credle came to FCB in 2016 from Publicis Groupe’s Leo Burnett, where she was the chief creative officer. She was a high-ranking creative leader at Omnicom’s BBDO for 24 years before that.

On IPG’s first quarter earnings call, Krakowsky said Acxiom is on track for a solid year as it grows its business with existing clients.

Engelgau has spent 12 years at Acxiom, more recently as the CMO and head of strategy. He shifted to IPG Mediabrands after the acquisition and then to Kinesso, the company’s data-driven marketing hub, in 2019, before returning to lead Acxiom.

Since joining in 2003, Heide Gardner has worked with IPG’s global agencies to set diversity, equity, and inclusion standards and with organizations on IPG’s behalf like the UN Women Unstereotype Alliance — work that’s gained importance amid the heightened call for the ad industry to diversify.

Under Gardner, IPG enacted initiatives like tying certain inclusion goals to executive incentives and forming a diversity council to give employees of color more opportunities.

IPG was the first ad holding company to release its 2019 diversity makeup of staff last June amid Black Lives Matter protests. IPG reported only 2.6% of IPG’s senior executives were Black or African American in 2019, 5.5% were Asian, 5.2% were Hispanic, and 84.9% were white.

Heimann has been instrumental in transitioning Weber Shandwick from a traditional PR firm focused on earned media to a full-service agency that also handles social media and digital advertising, experience design, and media planning and buying.

Weber is involved in most of IPG’s major, cross-agency new business pitches as its leading PR firm. Public relations is a key component of client solutions involving multiple agencies — what IPG calls its Open Architecture model — and became even more critical in the past year when clients needed to change how they messaged amid the pandemic and social justice protests.

Ellen Johnson was promoted to chief financial officer last year from SVP of finance and treasurer and has been a well-respected financial leader at IPG since joining the company in 2000.

She’s been instrumental in big IPG deals such as its Acxiom acquisition.

Kiernan worked closely with Krakowsky while he was at Mediabrands and she was global president of J3, UM’s dedicated Johnson & Johnson unit, and they continue to meet weekly to discuss business.

Krakowsky was particularly interested in how Kiernan and UM used data and analytics in campaigns for Johnson & Johnson, and continues to seek her advice on major company decisions such as the Acxiom acquisition.

He’s been with IPG since 1999, serving at many of McCann network agencies including Momentum Worldwide, MRM, and Detroit-based Commonwealth//McCann, the company’s dedicated General Motors unit that Kolb still leads. He was chief operating officer of McCann Worldgroup before becoming CEO and also served as its global president.

Arun Kumar sits at the intersection of media, data, and tech, which have been IPG’s big growth drivers, overseeing its Acxiom, Kinesso, and Matterkind agencies.

As CMOs look to media, data, and tech to inform their marketing, Kumar is active in many of IPG’s agencies’ big new business pitches (he also aided in the Axciom acquisition). Krakowsky said on a recent earnings call that Acxiom, Kinesso, and Matterkind helped retain and win several clients and new accounts during the second half of 2020.

Kumar was a senior media planner for IPG agency UM from 1999 to 2001 before leaving to work for rival companies including Publicis-owned Starcom and Dentsu. He returned to IPG in 2010 — holding executive titles within divisions like Mediabrands and Matterkind — before going to his current role in 2018.

One IPG agency exec called Daryl Lee, along with Arun Kumar, the “one-two punch” of the company and key members of Krakowsky’s inner circle.

He and Krakowsky have been close since their days together at Mediabrands, where Lee succeeded Krakowsky as global CEO in 2019.

Lee is a former consultant for McKinsey & Co. and rival WPP-owned Ogilvy exec and has been with IPG for the past 15 years.

Along with healthcare, e-commerce and performance-based marketing are areas that have done well in the downturn, and  Dimitri Maex leads IPG’s Reprise, the world’s largest performance marketing agency.

Krakowsky said on IPG’s first-quarter earnings call that Reprise has grown rapidly this year as e-commerce grows in importance for consumer insights, content, and analytics.

Maex was promoted to Reprise global CEO from chief operating officer in 2019, only a few months after joining the company. He replaced Tim Ringel, who had been global CEO since 2016.

As head of FCB Health, Dana Maiman leads one of IPG’s most important areas.

Healthcare was a key factor in IPG outperforming its competitors in 2020, when organic revenue declined 4.8% to WPP’s decline of 8.2%, for example, and FCB Health has been a chief contributor to its first-quarter growth.

Maiman is highly regarded at the holding company and expected to gain power as IPG bets big on healthcare in 2021. IPG is planning to create a new division for its healthcare and pharmaceutical agencies including Area23, Hill Holliday Health, and FCB Health, and insiders said Maiman is the most likely choice to oversee that division.

For years, Krakowsky was Roth’s right-hand man, and while Roth has stepped back from the day to day, he’s remained in the CEO’s inner circle.

Many of Roth’s biggest decisions as CEO — like implementing its Open Architecture model, DE&I efforts, and Acxiom deal — were influenced by Krakowsky. Now as executive chairman, Roth remains his close confidant and adviser.

Sokoloff is a Colombia native, while Krakowsky grew up in Mexico, and execs say their shared South American roots have made them close friends and colleagues.

Sokoloff is well connected in the global awards circuit and one of the most internationally decorated advertising execs, and Krakowsky often seeks his expertise, and Credle’s, on which ad campaigns are performing best and will win awards.

Sun May 9 , 2021
TipRanks 3 Monster Growth Stocks That Are Still Undervalued A lackluster jobs report didn’t derail the markets last week. New jobs in April totaled only 266,000, far below the 978K expected, and the official unemployment rate, which had been predicted to come in at 5.8% actually ticked up slightly to […] 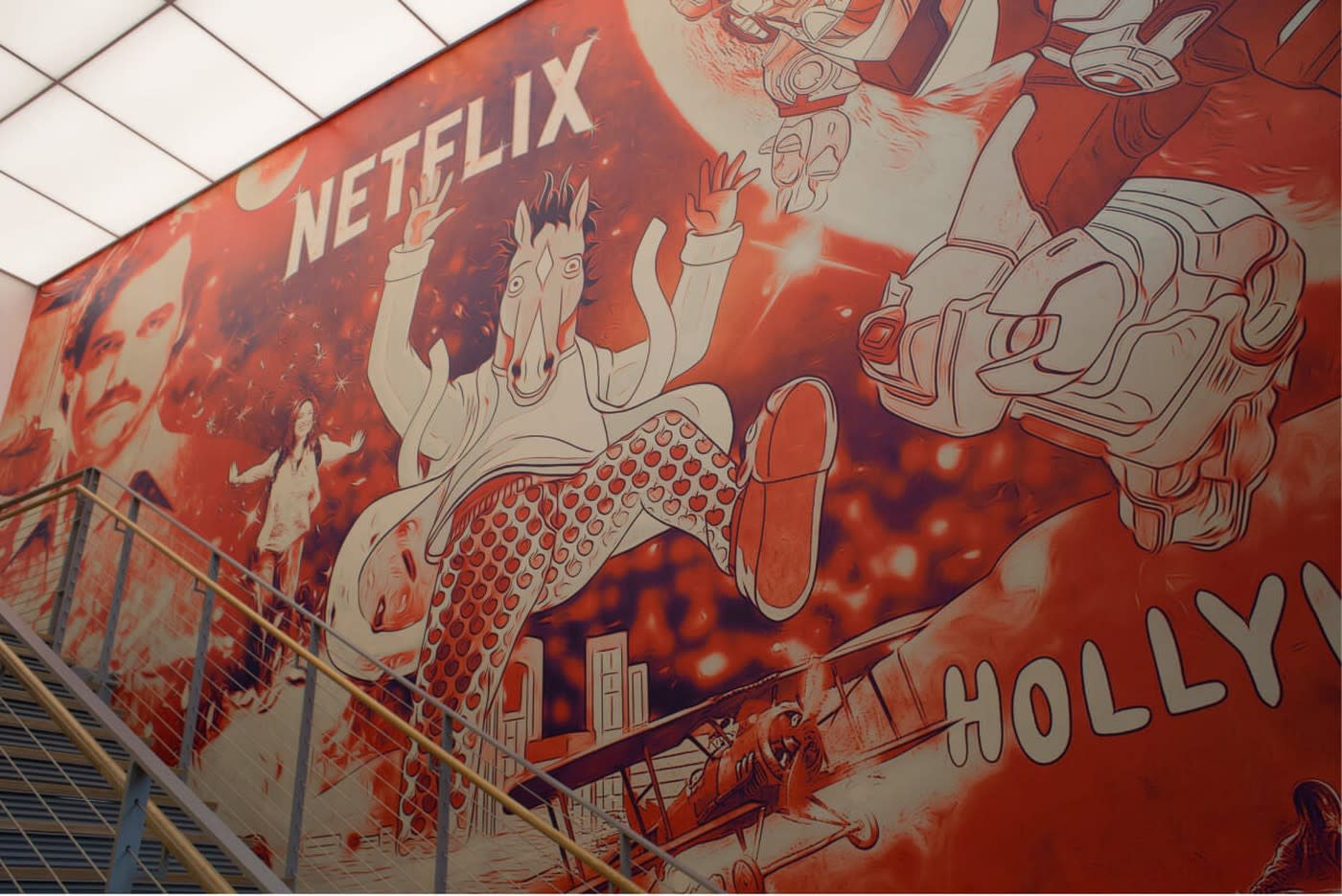