Teams can use templates provided by the data platform operations team to avoid starting from scratch for each asset. We recommend a forking pattern to automate the deployment of a new landing zone.

This workflow can be automated using multiple service sets on the Azure platform. Handle some of the steps, such as renaming parameters in parameter files, using CI/CD pipelines. Other steps can be executed using other workflow orchestration tools such as Logic Apps. 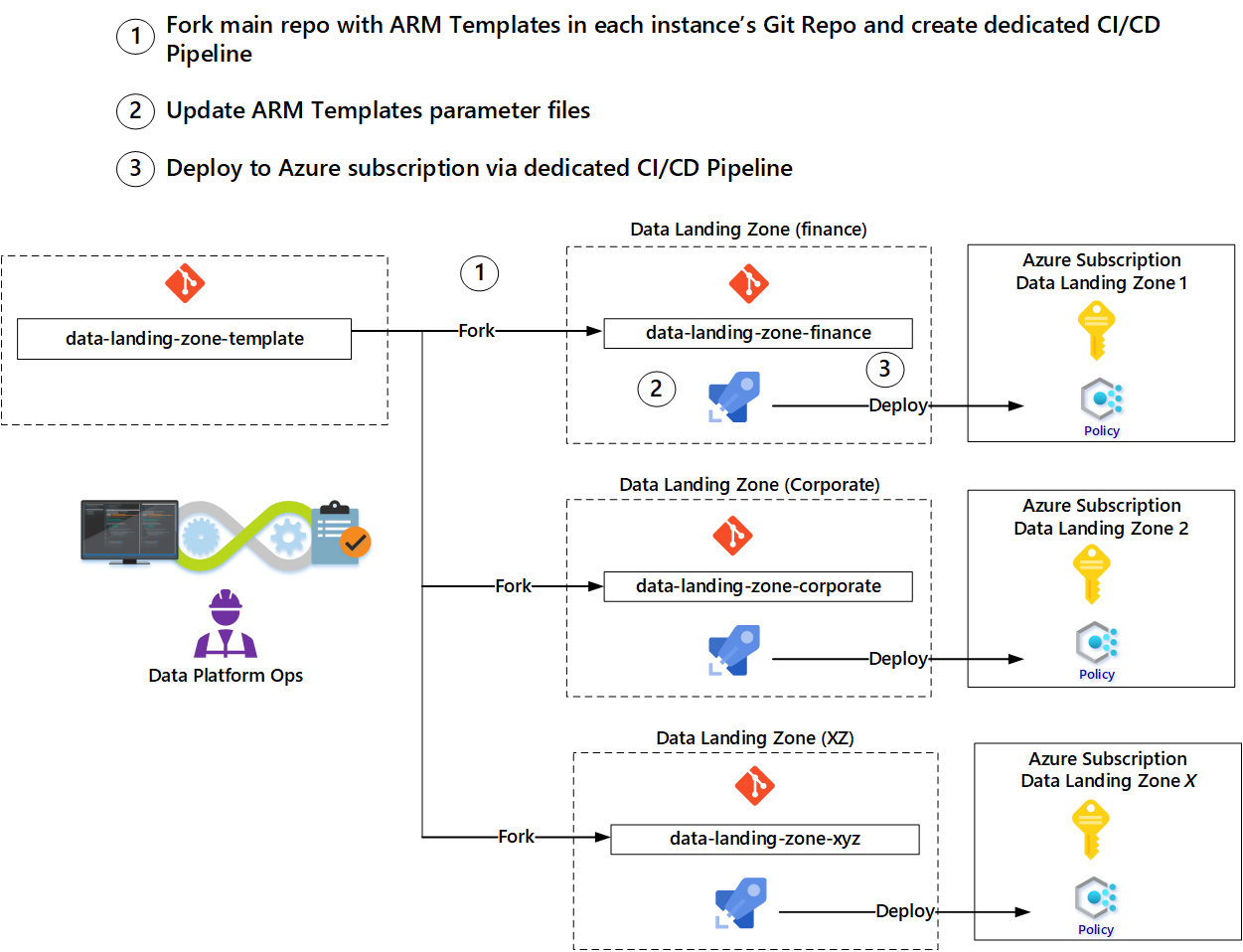 The forking pattern allows teams to update their templates from the original templates used to fork them. Also, if improvements or new features are implemented in the template repositories, operations teams can pull them into their fork.

Adopt best practices for repositories, such as:

Coordinate activities between teams to ensure that improvements or new features in the original templates are replicated in all data landing zone instances. Operations teams can pull original template changes into their fork. 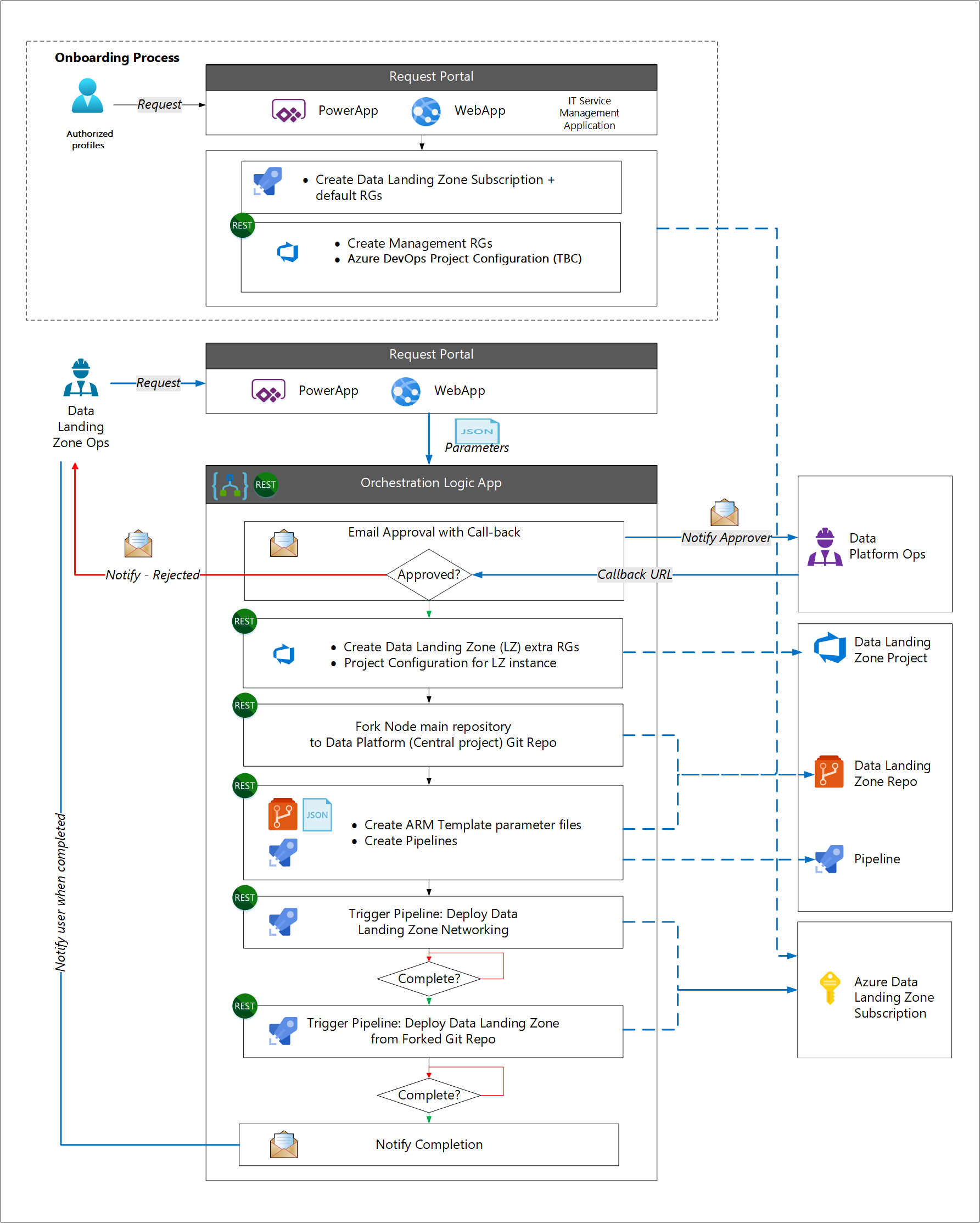 The onboarding process is separate from the data landing zone deployment process. This separation is based on the assumption that most organizations have a standard Azure subscription deployment process as part of their cloud operating model. The onboarding process deploys standard corporate components (such as a third-party IT service management tool). Data landing zone-specific components are deployed next.

There are no Git APIs available to clone/update/commit/push in the proposed automation solution. So our approach is to use an Azure Automation account containing PowerShell runbooks that:

Use the Copy-GitRepository function from the GitAutomation module to clone the main Git repository from the URL specified by URL to the data platform Git path specified by DestinationPath.

This approach to data landing zone deployment is flexible, while ensuring that actions are compliant with organizational requirements. Lifecycle management is enabled by applying new features or optimizations from the original templates.

Deployment is done either directly using DevOps tooling or called via pipelines/workflows exposed as APIs. Similar to the data landing zone, deployment begins with forking the original data application repository. 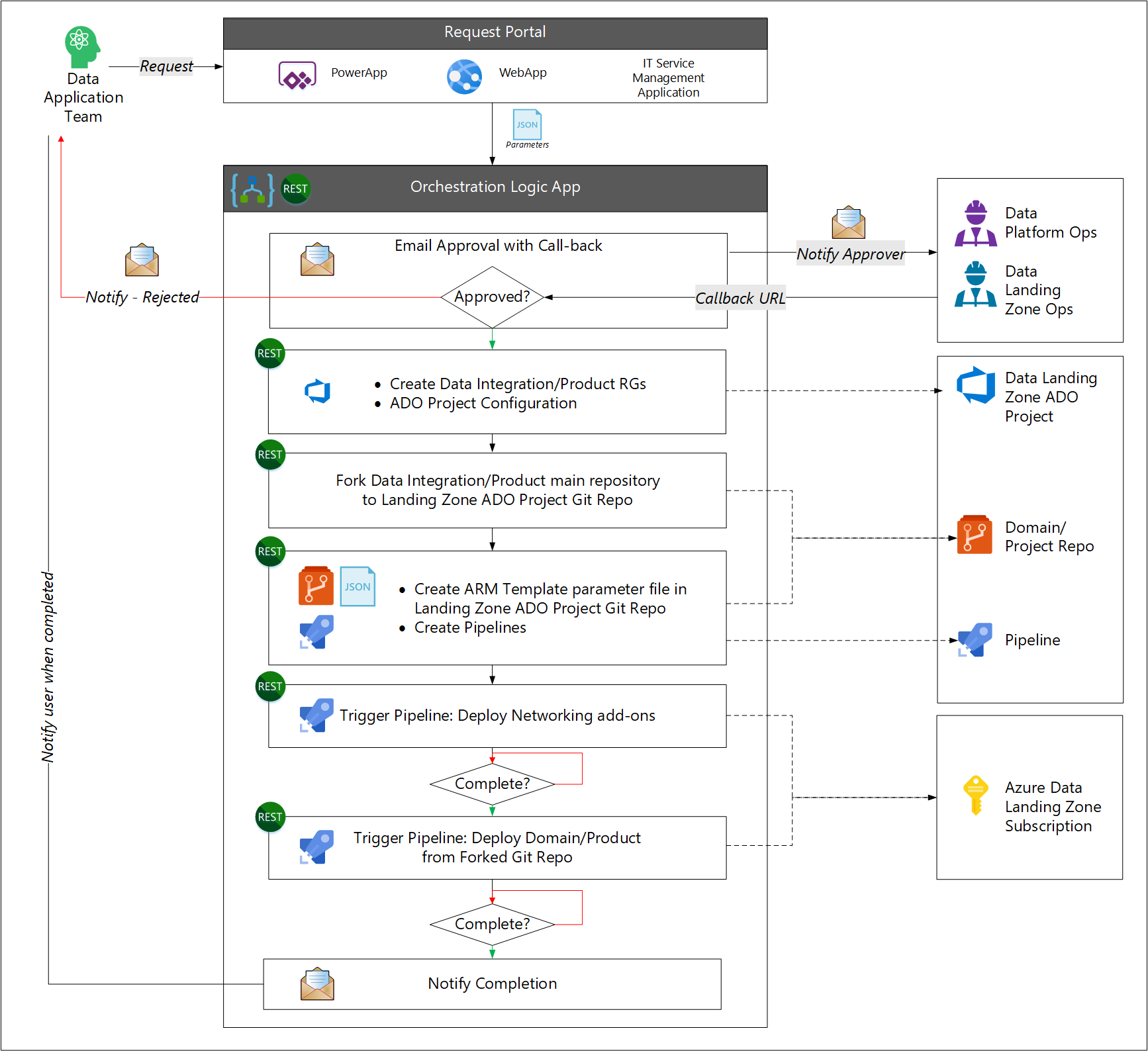 If you’re new to DataOps, review the DataOps for the modern data warehouse hands-on lab in the Azure Architecture Center. The lab’s scenario describes a fictional city planning office that can use this deployment solution. The deployment solution provides an end-to-end data pipeline that follows the modern data warehouse architectural pattern, along with corresponding DevOps and DataOps processes, to assess parking use and make informed business decisions.

The above patterns provide control, agility, self-service, and lifecycle management of policies. 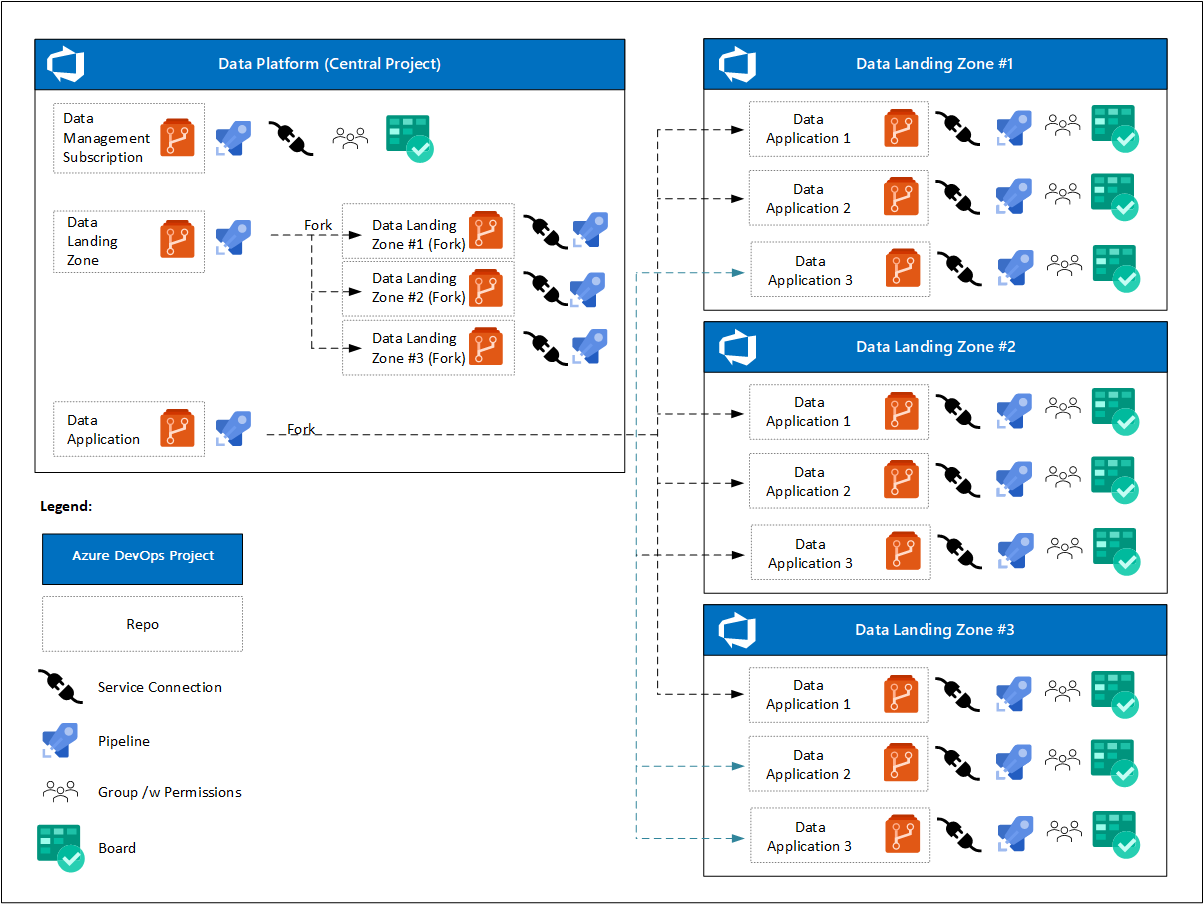 At the start of the project, the data platform has one Azure DevOps project with one or more Azure Boards. Individual DevOps teams focus on:

Once data landing zones have been deployed, cloud-scale analytics prescribes that:

To control the deployment of data applications, follow these practices: