Microsoft has claimed that Sony has been paying developers to keep their work off subscription services like its own Game Pass, according to VGC.


The outlet says the accusation was made in a document sent to Brazilian regulators assessing the Xbox maker’s proposed acquisition of Activision Blizzard.


“Microsoft’s ability to continue expanding Game Pass has been obstructed by Sony’s desire to inhibit such growth,” the company said.

“Sony pays for ‘blocking rights’ to prevent developers from adding content to Game Pass and other competing subscription services.”


Sony had previously told the regulator that Call of Duty defines the first-person shooter genre and that even a competitor with an equivalent budget would not be able to compete with it.


In its reply, Microsoft called Sony’s concern about the possibility that Call of Duty would become an exclusive Xbox title “incoherent” given its own adoption of exclusivity strategies in running the PlayStation brand.


“It only reveals, once again, a fear about an innovative business model that offers high-quality content at low costs to gamers, threatening a leadership that has been forged from a device-centric and exclusivity-focused strategy over the years,” Microsoft said.


Microsoft suggested subscription services were a threat to Sony’s “dominance in the digital distribution market for console games,” and framed Sony’s actions as a desire to avoid disrupting that dominance.

Fri Aug 12 , 2022
A technician tests chips at a tech firm in Hefei, Anhui province. [Photo by Xie Chen/For China Daily] Chinese mainland consumes more than 50 percent of all semiconductors in the world The Chinese mainland is the world”s largest chip market and is an indispensable part of the global semiconductor industrial […] 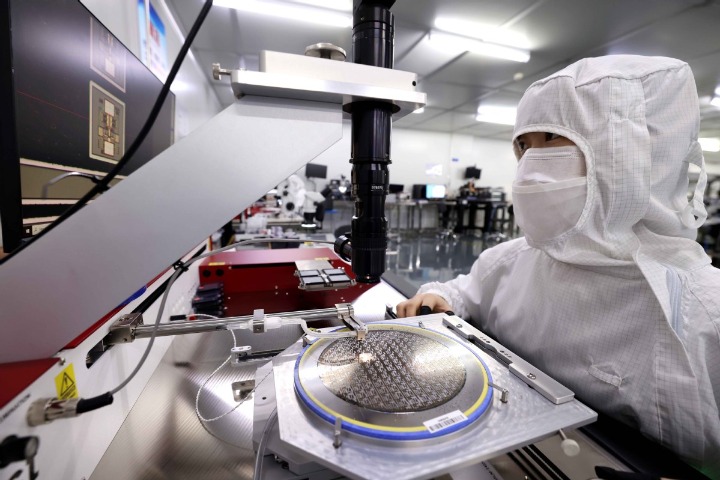