Virtual reality (VR) has lingered at the edges of the consumer tech space for decades, dating back to at least the release of Nintendo’s (poorly selling) Virtual Boy gaming console in 1995.

We appear to have finally reached a tipping point of sorts, with Facebook changing its name to Meta last year as a nod to the enormous bets the company is placing in the VR “metaverse.” Meta’s Oculus Quest VR headset is priced at a consumer-friendly $299, and the company announced in February that its social VR platform, Horizon, hit 300,000 users in three months.

While that number is, of course, dwarfed by the number of users for popular social media platforms like Instagram and TikTok, it still represents exponential growth for Horizon. It also heralds the beginning of an era where, for the first time ever, a large number of people are spending significant time “hanging out” in virtual spaces.

As with any growing tech platform, marketers are exploring the best way to leverage VR and capture the attention of the millions of people who will soon flock to the metaverse. We’re pretty sure we already know the answer: partnership marketing.

Partnership marketing refers to any outcome-based marketing program that leverages partner relationships and can be scaled via SaaS or similar platforms—one of its most common subsets is affiliate marketing. The model often looks like this: A YouTuber, Instagrammer, or consumer publication will create content around a product or service and then embed an affiliate link to it. When consumers follow the link and make a purchase, the YouTuber, Instagrammer, or publication (a partner of the brand selling the product or service) receives a commission on the sale.

It’s easy to see why partnership marketing has exploded in the digital age, especially with the rise of social media. Influencers and other partners not only have large audiences that are attractive to marketers, but they have also built credibility with those audiences, which marketers can leverage to help sell their products.

In the “real” world, of course, we still have plenty of brand advertising. Turn on your television, and you’ll see the same sorts of 30-second spots that you would have seen in the ’80s. Magazines are still full of print ads, highway billboards still try to sell you fast food, and there are probably a couple of pieces of direct mail sitting on your kitchen table as you read this. But in the metaverse, it’s likely that nearly all marketing efforts will leverage performance metrics and partnerships in some way, rather than these brand-advertising tactics.

Why? Because nearly everything in the metaverse will be clickable.

There’s no way to embed performance metrics in a highway billboard. For every thousand people who drive by and see that there’s a McDonald’s off the next exit, there’s no precise way to measure how many drivers the ad lured off the interstate for an impulse Big Mac. And it’s even more impossible to measure the impact of an “I’m Lovin’ It” ad that airs during an NFL game. But in virtual reality, a participant will be able to reach out and click on a billboard ad in the environment and order meal delivery, right from within the VR app.

This unlocks a whole new (virtual) world of opportunities for marketers—and for partners. It’s too early for anyone to say exactly what the metaverse will look like in a year or two, let alone five or ten. But we can make some educated guesses based on the way partnership marketing has evolved in the world of social media.

We’re already seeing influencers pop up in the metaverse, and their role will almost certainly grow over time. In fact, we may see a situation where nearly everyone is an influencer on some level. For instance, it’s easy to imagine someone in the metaverse asking another person where they got their avatar’s virtual outfit. Then, the person with the snazzy digital threads can offer up an affiliate link. The designer makes a sale, the curious person gets the outfit they’re looking for, and the affiliate makes a commission. Everyone wins.

We’ll also likely see opportunities expand for individual creators, who will be able to leverage “smart contracts” that let them get paid every time someone uses their music, art, or other digital creations.

Again, the specifics remain to be seen, but the key thing to keep in mind about marketing in the metaverse is that it will allow businesses to directly track their return-on-investment. This means that nearly every interaction will be a potential opportunity for partnership marketing.

Tue Aug 9 , 2022
The automotive industry is being revolutionized by continuous cloud connectivity, autonomous driving technologies, drive train electrification and shared mobility. These transformations are being facilitated in part by the standardized cellular technologies now commonly implemented in “connected vehicles” or “CVs”. The proportion of vehicles shipped worldwide with cellular connectivity embedded is […] 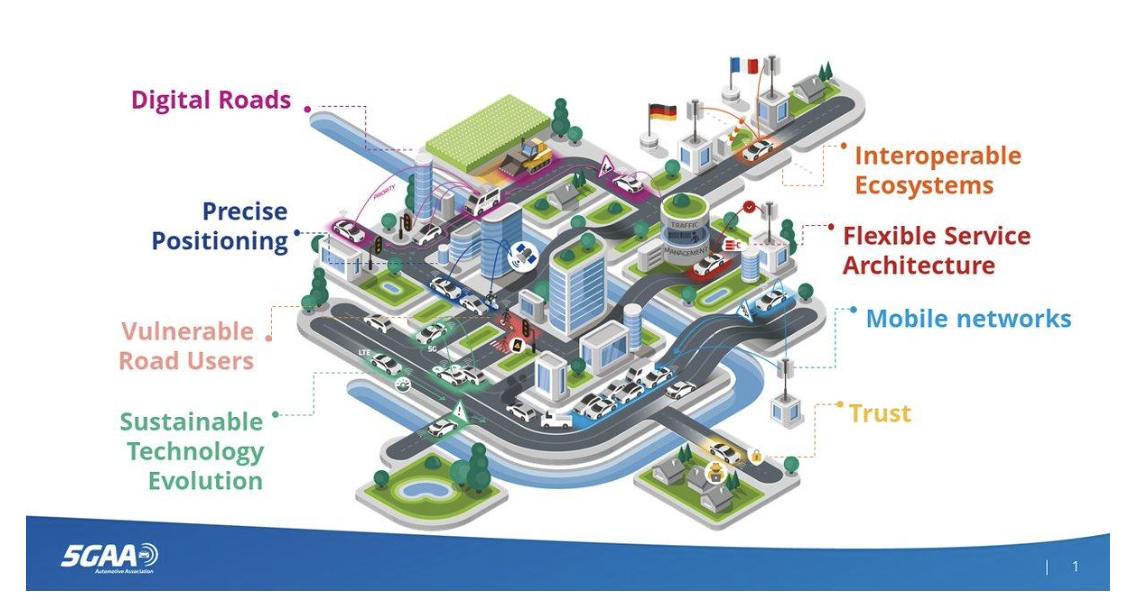