The applicants felt “deprived of the use of a public open space where they could visit and be close to nature by using the space for recreation purposes”.

The Gauteng High Court in Johannesburg has ordered the City of Johannesburg to take steps to prevent Dragon City Wholesale Mall and Anchor Projects from utilising Erf 56 in Crown North township for any commercial or industrial activity, or as a parking lot.

On Wednesday, the High Court ordered the City to ensure that the use of the land was for the purpose for which it was zoned.

The Mayfair Residents’ Association and six people who own or occupy properties and premises in the immediate vicinity took the City to court because they were “unhappy” about how the land was being used.

Erf 56 is a piece of land between Hanover Street and Park Drive.

It is zoned in terms of the City of Johannesburg Land Use Scheme, 2018, as a “public open space”.

The area used to be vacant and was described by the applicants as a “green belt”.

The applicants felt “deprived of the use of a public open space where they could visit and be close to nature by using the space for recreation purposes”.

“It was a green lung which lay nestled between the residential areas to the North and the industrial and commercial districts to the South,” read the judgment.

But in 2005, Dragon City slowly started taking over the occupation of the piece of land. It used it as an overflow parking space for its adjacent retail operations and business.

It also erected structures of a temporary nature, also allowing certain employees to live there.

In August 2012, the City and Dragon City concluded a written lease agreement for three years from 1 September 2012 to 31 August 2015 for parking purposes.

However, when the lease expired, Dragon City continued to occupy the piece of land in terms of a monthly tenancy.

The applicants took the matter to court, arguing that the business and the City, in invading the public open space, acted unlawfully in that they contravened the City’s Land Use Scheme, 2018, as well as the Johannesburg Town Planning Scheme, 1979, which preceded the 2018 Land Use Scheme.

The court has now ruled in their favour, interdicting Dragon City and Anchor Projects from undertaking or continuing the construction of any structure made of metal or any other material.

READ HERE | In Durban, climate goals are bold – but it’s the poor who feel left behind

Dragon City and Anchor Projects have the same shareholders and directors.

They were also prohibited from admitting construction vehicles, forklifts or other heavy machinery to carry on any work.

In sum, a ‘public open space’ is to be used only as such and the use thereof for any other purpose is expressly prohibited. Therefore, in terms of the 1979 Town Planning Scheme, there is an absolute prohibition against the use of land which is zoned as a ‘public open space’ for any purpose other than as a ‘public open space’ with or without the consent of the City Council. And section 67 of the Scheme provides that any person who contravenes or fails to comply with any provision thereof shall be guilty of an offence.

“The position at present is that Erf 56 is no longer a ‘public open space’ by any definition. Far from it. It is now a piece of land which has been paved and which is for all intents and purposes occupied by Dragon City and Anchor Projects and is used by these entities for commercial and industrial purposes.

“The space has also been fenced off and the public do not have access to the property as they would have had if the property was being used as a ‘public open space’.

“It is being used by Dragon City and Anchor Projects for the parking of vehicles, including heavy vehicles and trucks, and it also houses huge commercial shipping containers, used for purposes of storage and in certain circumstances for retail purposes and as selling points for certain products.”

The court said neighbours had a right to use and enjoy the property they occupy or where they reside.

Sun Jun 13 , 2021
MIAMI: LLYC has acquired performance and digital marketing consulting firm Apache, which specializes in contributing to the transformation and growth of its clients’ businesses. This deal allows LLYC to extend the services of its Deep Digital Business unit, which develops data analytics, deep learning and influence and digital marketing “to […] 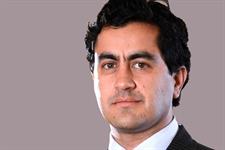