The Afghan currency, the Afghani, has fallen to record lows, according to Bloomberg. The Afghan United Bank, which had been publishing regular Afghani exchange rates on Facebook, stopped doing so on Thursday. A day earlier, Ajmal Ahmady, the acting governor of the central bank of Afghanistan, tweeted that he had fled the country.

All of that came after a rush on local cash withdrawals was reported and Western Union announced that it was suspending money transfer services to Afghanistan “until further notice.” Western Union spokesperson Rachel Rogala referred to the company’s tweet, declining further comment. MoneyGram also appears to have halted its services, and it didn’t respond to a request for comment.

Members of the Afghan diaspora are finding it more difficult to send money and get cash into their loved ones’ hands. It’s especially challenging given that nearly all Afghans don’t have bank accounts, and many people rely on cash remittances from relatives and friends abroad, not only in the U.S. but also in neighboring countries like Iran and Pakistan. About 4 percent of Afghanistan’s gross domestic product is from such personal remittances, according to the World Bank, a recent high.

Serina, 27, an Afghan American woman living in the U.S. who asked to withhold her last name out of fear for her family’s safety, said she has regularly been sending money to Afghanistan via MoneyGram, typically $400 at a time. Her father-in-law would go to a bank to pick up the money. As recently as July, she said, she sent $700 — more than usual — in honor of Eid al-Adha, one of Islam’s most important celebrations. Just days ago, she successfully sent $400.

“We sent money on Friday and he went shopping on the 14th, and on the 15th the city fell,” she said, speaking of Kabul. “I wish we had sent more.”

Even before the Taliban completely took over the country, inflation was high because of the coronavirus pandemic and the ever-unstable political situation, she said, with the price of bread recently rising from 20 Afghanis to 200 Afghanis, about 25 cents to $2.50.

Since the takeover, banks have remained closed, so there is little practical way for many people abroad, like Serina, to send money home. Her usual channels to send cash, MoneyGram and Western Union, are shut.

“The new arrivals post-9/11 definitely do send funds to their family members in Afghanistan,” said Aisha Wahab, a City Council member in Hayward, California, in the San Francisco Bay Area, a city adjacent to Fremont, which is believed to be home to the largest Afghan American community. “However, the Afghan banks are running out of cash, and they are not able to actually even give the Afghan people in Afghanistan the cash that they are rightfully given.”

The fall to the Taliban over the weekend follows decades of troubles for Afghanistan’s economic system. When the U.S. military invaded Afghanistan after the Sept. 11, 2001, terrorist attacks, the Afghan financial system was “nearly nonexistent,” according to a report the special inspector general for Afghanistan reconstruction published in 2014.

Much of the country has been in a near-perpetual state of war since the Soviet Union invaded in 1979. At various points, numerous currencies circulated, The Associated Press reported in 2002.

By 2018, the World Bank estimated that just 10 percent of the Afghan adult population held bank accounts.

Today, the entire Afghan annual gross domestic product is about the size of the economy of Idaho, or about $78 billion, according to the CIA World Factbook. But Afghanistan’s 37 million people are more than 20 times the population of Idaho.

A U.N. report in June said the Taliban fund themselves largely through illegal means: “The primary sources of Taliban financing remain criminal activities, including drug trafficking and opium poppy production, extortion, kidnapping for ransom, mineral exploitation and revenues from tax collection in areas under Taliban control or influence.”

The Taliban are unlikely to be good stewards of the economy, experts said.

“I think it’s going to be very similar to what’s happened with Cuba. The currency controls are going to be strict,” said Belinda Román, an economics professor at St. Mary’s University in San Antonio, noting that Cuba, like Afghanistan, needs stable money, or “hard currency,” to buy nearly all of the imported goods it needs.

“I don’t think you’re going to be able to get money into that country easily,” Román said.

Administration officials are discussing ways to stop Afghan-held financial assets from falling into the hands of the Taliban, a senior administration official said. One possibility is to issue guidance to U.S. banks that would effectively freeze assets, but no decisions have been made, the source said.

Preparing for the worst

“The wealthy would have already seen this coming weeks ago and had their money out or transformed to something that is tradable — gold, silver, land, commodities,” Dwaine Plaza, a sociology professor at Oregon State University, who has researched remittances, said by email.

“It’s now mainly the middle class and poor people who will suffer for a lack of cash. Look for hyperinflation soon — as the economy tries to land on a currency to use in the market, grocery, gasoline, spare parts, etc.,” Plana said.

Similarly, Kay McGowan, a co-founder of Future State, a not-for-profit initiative of the United Nations Foundation who previously was the director for digital financial inclusion at the U.S. Agency for International Development, said “it’s not going to get any easier” for the Afghan economy.

“It’s going to be hard until the situation stabilizes,” she said. “The central bank was the last bank standing that was even able to have U.S. dollar accounts.”

Meanwhile, Serina, who speaks to her relatives through WhatsApp and is desperately trying to help them, said her father-in-law and other extended family members won’t even be able to buy groceries if something doesn’t change soon. 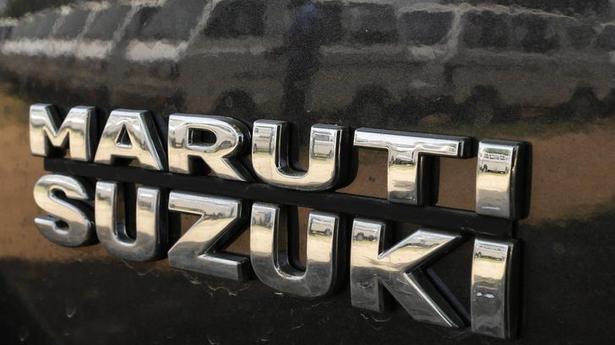