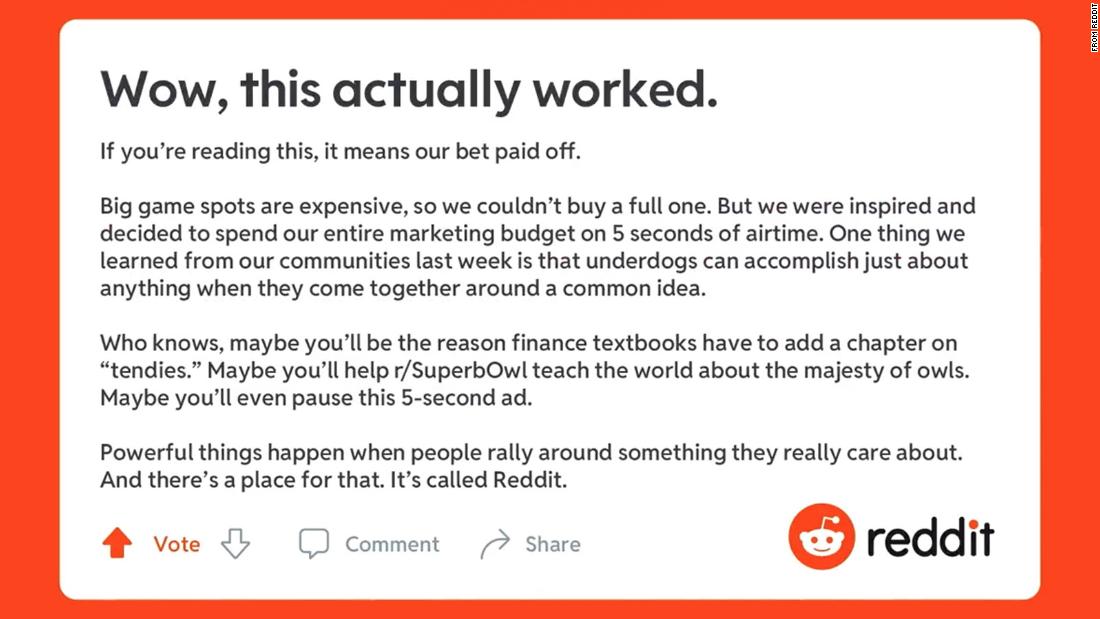 The spot, which was just five seconds, opened as if it were a car commercial, but then quickly then flashed to Reddit’s orange and white logo, which was followed by a message.

“If you’re reading this, it means our bets paid off,” the message read. “One thing we learned from our communities last week is that underdogs can accomplish just about anything when we come together around a common area.”

The spot comes after a Reddit army — from the WallStreetBets page — took on Wall Street pros by inflating the share price of GameStop. The mass buying spree led to huge gains for some in the Reddit crowd who got in early. Hedge funds, meanwhile, lost billions of dollars on their short positions.

“Who knows, maybe you’ll be the reason finance textbooks have to add a chapter on ‘tendies,'” the Reddit ad read. “Powerful things happen when people rally