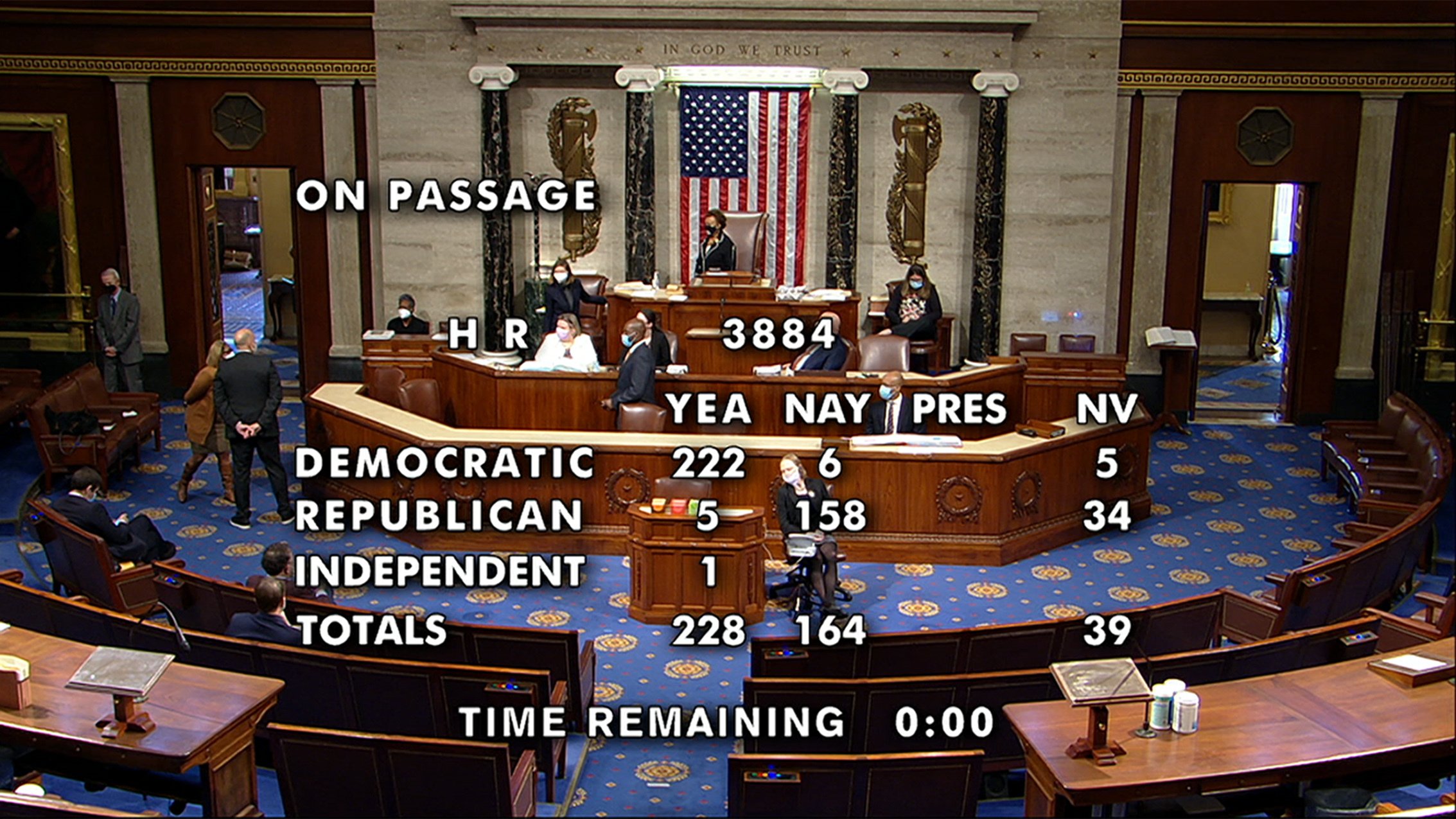 WASHINGTON (AP) — The Democratic-controlled House on Friday approved a bill to decriminalize and tax marijuana at the federal level, reversing what supporters call a failed policy of criminalizing pot use and taking steps to address racial disparities in enforcement of federal drug laws.

Opponents, mostly Republicans, called the bill a hollow political gesture and mocked Democrats for bringing it up at a time when thousands of Americans are dying from the coronavirus pandemic.

“With all the challenges America has right now, (Republicans) think COVID relief should be on the floor, but instead, the Democrats put cats and cannabis” on the House floor, said House Minority Leader Kevin McCarthy, R-Calif. “They’re picking weed over the workers. They’re picking marijuana over (providing) the much-needed money we need to go forward″ to address the pandemic.