From the earliest periods of history until the beginning of the 19th
century, fire was man’s primary source of light. This light was
produced through different means—torches,

, oil and gas lamps. Besides the danger presented by an open flame
(especially when used indoors), these sources of light also provided
insufficient illumination.

The first attempts at using electric light were made by English chemist
Sir Humphry Davy. In 1802, Davy showed that electric currents could heat
thin strips of metal to white heat, thus producing light. This was the
beginning of incandescent (defined as glowing with intense heat) electric
light. The next major development was the arc light. This was basically
two electrodes, usually made of carbon, separated from each other by a
short air space. Electric current applied to one of the electrodes flowed
to and through the other electrode resulting in an arc of light across the
air space. Arc lamps (or light bulbs) were used mainly in outdoor
lighting; the race was still on among a large group of scientists to
discover a useful source of indoor illumination.

The primary difficulty holding back the development of a commercially
viable incandescent light was finding suitable glowing elements. Davy
found that platinum was the only metal that could produce white heat for
any length of time. Carbon was also used, but it oxidized quickly in air.
The answer was to develop a vacuum that would keep air away from the
elements, thus preserving the light-producing materials.

Thomas A. Edison, a young inventor working in Menlo Park, New Jersey,
began working on his own form of electric light in the 1870s. In 1877
Edison became involved with the rush for a satisfactory electric light
source, devoting his initial involvement to confirming the reasons for his
competitors’ failures. He did, however, determine that platinum
made a much better burner than carbon. Working with platinum, Edison
obtained his first patent in April of 1879 on a relatively impractical
lamp, but he continued searching for an element that could be heated
efficiently and economically.

Edison also tinkered with the other components of the lighting system,
including building his own power source and devising a breakthrough wiring
system that could handle a number of lamps burning at the same time. His
most important discovery, however, was the invention of a suitable
filament. This was a very thin, threadlike wire that offered high
resistance to the passage of electric currents. Most of the early
filaments burned out very quickly, thus rendering these lamps commercially
useless. To solve this problem, Edison began again to try carbon as a
means of illumination.

He finally selected carbonized cotton thread as his filament material. The
filament was clamped to platinum wires that would carry current to and
from the filament. This assembly was then placed in a glass bulb that was
fused at the neck (called

A vacuum pump removed the air from the bulb, a slow but crucial step.
Lead-in wires that would be connected to the electrical current protruded
from the glass bulb.

On October 19, 1879, Edison ran his first test of this new lamp. It ran
for two days and 40 hours (October 21—the day the filament
finally burned out—is the usual date given for the invention of
the first commercially practical lamp). Of course, this original lamp
underwent a number of revisions. Manufacturing plants were set up to mass
produce light bulbs and great advances were made in wiring and electrical
current systems. However, today’s incandescent light bulbs greatly
resemble Edison’s original lamps. The major differences are the use
of tungsten filaments, various gases for higher efficiency and increased
lumination resulting from filaments heated to higher temperatures.

Although the incandescent lamp was the first and certainly the least
expensive type of light bulb, there are a host of other light bulbs that
serve myriad uses:

Thomas A. Edison (center, with cap) with workers in his laboratory
in Menlo Park, New Jersey. The photo was taken in 1880.

More than twenty inventors, dating back to the 1830s, had produced
incandescent electric lights by the time Thomas Edison entered the
search. The 1870s was the crucial decade, as the technologies of
production and the forces of demand combined to make the search for a
commercially feasible electric light the high-tech, high-stakes race of
the era. Edison had established his research laboratory in rural Menlo
Park, New Jersey, midway between New York City and Philadelphia. The
laboratory building and several outbuildings were constructed in 1876
with profits Edison had made with his telegraph inventions. He initially
intended to take projects from any investor who wanted his help and to
continue working on his own ideas in telegraph and telephone systems. He
said he thought the laboratory could produce a new invention every ten
days and a major breakthrough every six months.

In 1877, Edison decided to enter the highly publicized race for a
successful light bulb and enlarged his laboratory facilities with a
machine shop and an office and research library. The staff grew from 12
to over 60 as Edison tackled the entire lighting system, from generator
to insulator to incandescent bulb. Along the way, Edison created a new
process of invention, orchestrating a team approach that brought
financing, materials, tools, and skilled workers together into an
“invention factory.” Thus, the search for the light bulb
illustrated new forms of research and development that were later
developed by General Electric, Westinghouse, and other companies.

This section as well as the following one (The Manufacturing Process) will
focus on incandescent light bulbs. As mentioned earlier, many different
materials were used for the filament until tungsten became the metal of
choice during the early part of the twentieth century. Although extremely
fragile,

One of the main components in a light bulb, the filament, is prepared
by mixing tungsten and binder and then drawing the mixture into a fine
wire around a steel mandrel. Aher heating the wire and then dissolving
the mandrel with acid, the filament assumes its proper coiled shape.

tungsten filaments can withstand temperatures as high as 4500 degrees
Fahrenheit (2480 degrees Celsius) and above. The development of the
tungsten filaments is considered the greatest advancement in light bulb
technology because these filaments could be produced cheaply and last
longer than any of the previous materials.

because it uses two metals). This wire is dipped into a borax solution to
make the wire more adherent to glass. The bulb itself is made of glass and
contains a mixture of gases, usually argon and nitrogen, which increase
the life of the filament. Air is pumped out of the bulb and replaced with
the gases. A standardized base holds the entire assembly in place. The
base, known as the “Edison screw base,” was originally made
of brass and insulated with plaster of paris and, later,

Today, aluminum is used on the outside and glass is used to insulate the
inside of the base, producing a stronger base.

The uses of light bulbs range from street lights to


headlights to flashlights. For each use, the individual bulb differs in
size and wattage, which determine the amount of light the bulb gives off

However, all incandescent light bulbs have the three basic
parts—the filament, the bulb and the base. Originally produced by
hand, the light bulb manufacture is now almost entirely automated.

Light bulbs are tested for both lamp life and strength. In order to
provide quick results, selected bulbs are screwed into life test racks and
lit at levels far exceeding their normal burning strength. This provides
an accurate reading on how long the bulb will last under normal
conditions. Testing is performed at all manufacturing plants as well as at
some independent testing facilities. The average life of the majority of
household light bulbs is 750 to 1000 hours, depending on wattage.

Another recent development is the “radio-wave bulb,” a bulb
that creates light by transmitting energy from a radio-wave generator to a
mercury cloud, which in turn produces ultraviolet light. A phosphor
coating on the bulb then converts the ultraviolet light into visible
light. Such bulbs use only 25 percent as much energy as incandescent
bulbs, and they can last a decade or more. They are also completely
interchangeable with incandescent bulbs. 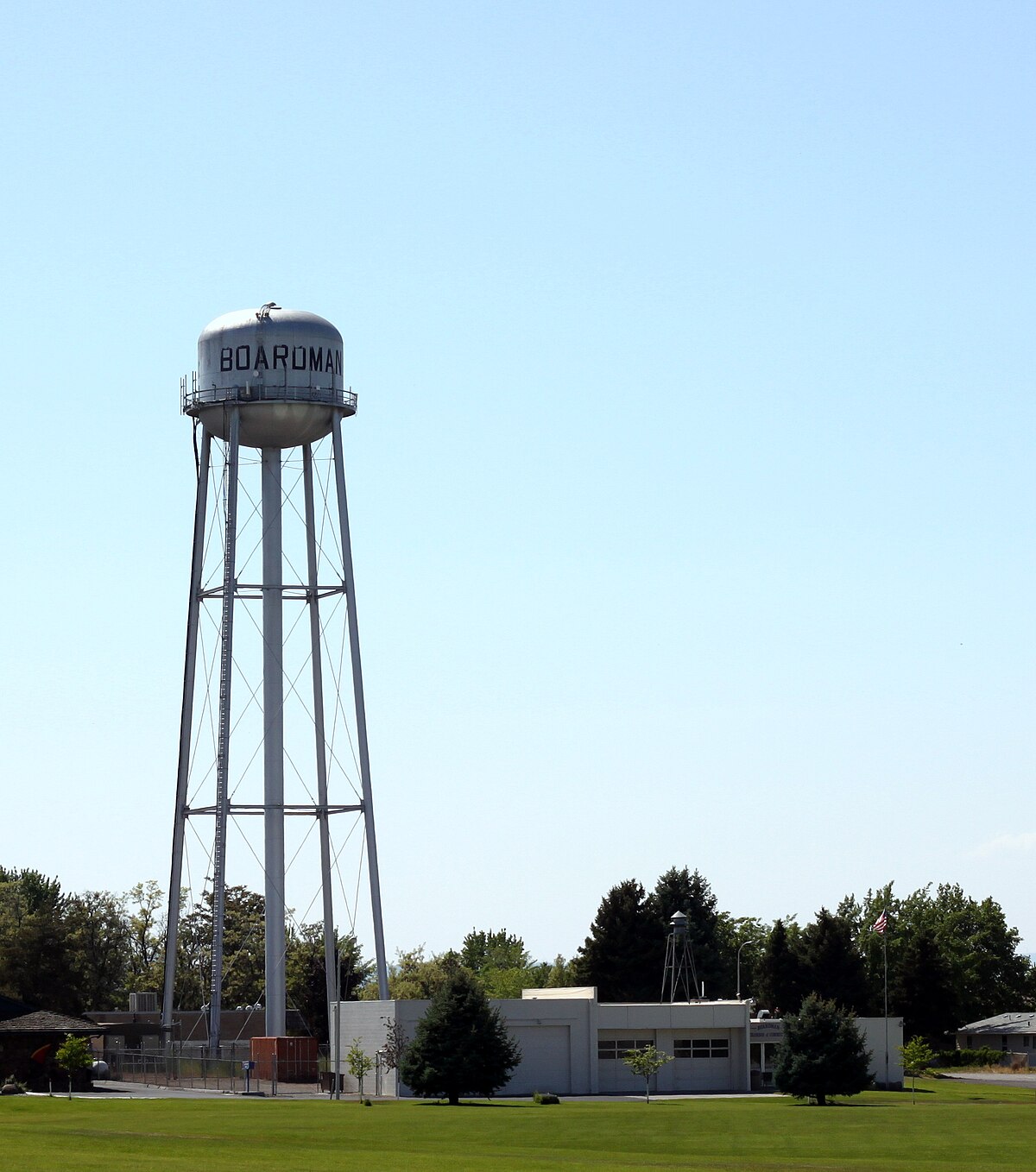